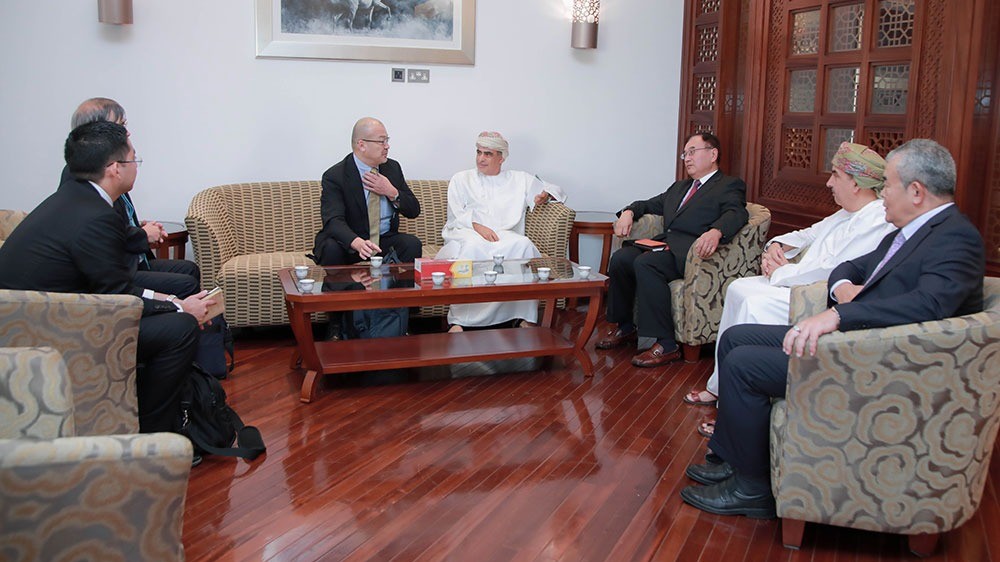 On Tuesday 28th August 2018 the Oman Business Forum hosted two experts from Energy Conservation Center in Japan (ECCJ) which is the main organisation responsible for the promotion of energy conservation in Japan and globally.

Mr. Sho Inokuchi is the Director of the Strategy for Natural Resources and Energy Division at the Ministry of Trade and Industry of Japan (METI). Mr. Naoya Sugai is the Director General of the International Cooperation Division at The Energy Conservation Center, Japan (ECCJ). Both experts have extensive experience in the area of energy efficiency & conservation, renewable energy & hydrogen use. Since 2013, Mr Inokuchi has been the chief coordinator of the Saudi Energy Efficiency Program (SEEP), he also worked as the head of the Commercial Section at Japan’s embassy in UAE (2004-2008) working with ADNOC, Mubadala, Masdar and ADWEA. Mr. Sugai joined ECCJ in 2012. He was formerly General Manager of Tokyo Electric Power Company, spending some years in their office in Washington D.C. Since 2014 he has been working with Mr. Inokuchi on SEEP, introducing best practices in energy efficiency particularly to Saudi Aramco.

Mr Inokuchi and Mr Sugai expounded on the policies and regulatory measures and standards employed at ECCJ as well as the direction of METI’s energy conservation strategy locally and internationally. The audience comprised relevant members of the OBF community from both the public and private sectors, as well as officials from the Ministry of Oil & Gas, the Ministry of Commerce & Industry, the Public Authority for Electricity & Water, the Ministry of Environment and Climate Affairs, Authority for Electricity Regulation, and the Oman Power & Water Procurement Company.